Dr. Kelley Corcoran has been working at Vanderbilt Bill Wilkerson Center since September 2016. Areas of clinical practice are diagnostic balance evaluations and cochlear implant evaluations and programming for adults and pediatrics.   Prior to working at Vanderbilt, she worked in an audiology private practice in Anchorage, Alaska for 2 years. She obtained her Au.D. from the University of Washington in 2014. She is currently serving on ASHA Financial Planning Board. She has served on American Academy of Audiology ‘s Ethical Practices Committee from October 2017-2020 and as the TAASLP Executive Council as VP of Convention from 2019-2020. 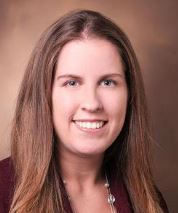 Christine Brown, Au.D., CCC-A/FAAA received her Bachelor of Science in Communication Disorders from Northwestern University in 2005 and her Doctorate of Audiology from Vanderbilt University in 2009. She has been employed as a cochlear implant audiologist at the Vanderbilt Bill Wilkerson Center in Nashville, TN since 2016. Prior to joining the team at the Vanderbilt Bill Wilkerson Center, Dr. Brown was the director of cochlear implants at Children’s National Health System in Washington, D.C. She has also held positions in industry, as an adjunct professor, and as a pediatric audiologist at a non-profit clinic for children with special needs. Dr. Brown joined TAA after relocating back to Tennessee and is currently a member of TAA, TAASLP, AAA, ASHA, and the ACIA. She currently serves on the American Academy of Audiology’s coding and reimbursement committee and is actively involved in advocacy as one of Tennessee’s State Chapter Champions for the American Cochlear Implant Alliance. Within the state of Tennessee, Dr. Brown also serves on the board of directors for Tennessee Hands and Voices and has been actively working with TAA to plan and implement advocacy and legislative initiatives pertinent to the field of audiology.  She is excited about the possibility of serving the audiologists of Tennessee as the President-Elect of TAA. 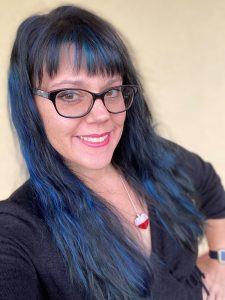 Laura Gifford is a native of Middle Tennessee, and she lives with her dog, Murphy, in Nashville. She earned her Bachelors Degree at Middle Tennessee State University, her Masters Degree from Vanderbilt University, and her Doctoral Degree from Salus University. She has been actively involved on the TAASLP and TAA boards since “God was a child”. She has worked in clinical practice and in the hearing aid industry for many years. Currently, Laura works at Unitron US as a Senior Regional Sales Manager. In her spare time, she enjoys working in branding and social media, listening to (or singing) live music, and entertaining friends and family with exploits of her travel.

Sara Unrein, Au.D., CCC-A began working as an adult cochlear implant audiologist at the Vanderbilt Bill Wilkerson Center in October 2016.  She enjoys her work with the students in the Vanderbilt graduate program as well as increasing awareness and understanding of hearing loss, the importance of amplification, and cochlear implants.  Prior to coming to work at Vanderbilt, she was the hearing implant program coordinator at Duke University Medical Center.  She received her Doctorate of Audiology from Vanderbilt University in 2010 and is originally from Nebraska, where she went for undergraduate work.  She currently serves as a state champion for the American Cochlear Implant Alliance (ACIA), where she advocates for those with hearing loss and cochlear implants.

Dr. Beth Humphrey is a native Tennessean and earned her Doctorate in Audiology from UT-Knoxville. After completing her residency at East Tennessee Children’s Hospital, she joined the clinical faculty in the UT Health Science Center Department of Audiology and Speech Pathology in Knoxville in 2005. In addition to diagnostic audiology and amplification, her clinical specialties and research interests include cochlear implants and auditory rehabilitation. She is an active member and volunteer with ASHA and the Knoxville Hearing Loss Association. She also served on the TAASLP Foundation Board for 6 years.

Beth, her husband, Craig and their two sons love sports and being outside. If not on a ballfield or in gym, you can find Beth in one of her flower gardens. 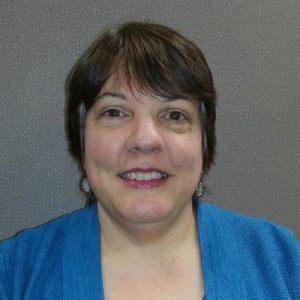 Susan Amberg, AuD, CCC-A received her Doctorate of Audiology from Vanderbilt University. She has been a Clinical Audiologist at the Vanderbilt Bill Wilkerson Center (VBWC) in Nashville, TN for 30 years, providing clinical services and graduate student supervision. Dr. Amberg is Assistant Director Cochlear Implant Program at VBWC and works primarily with the adult hearing impaired population. She has worked with cochlear implants for 27 years and has presented locally and regionally on hearing loss and cochlear implants. She has been a member of TAASLP since 1986 and has been Secretary-Treasurer of TAASLP since 2009 and of TAA since 2003.